This soup is so lovely and it reminds me so much of minestrone! 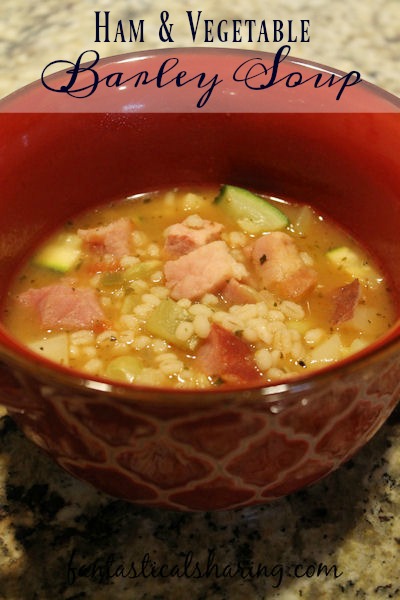 I saved this soup when I was assigned Wendy's blog for Secret Recipe Club. She actually had plenty of soups that I wanted to try and have and you will see them soon (hopefully). I picked this recipe because I don't eat as much ham as much as I'd like just because of lack of recipes saved. I also had never had barley and always wanted to try it. This soup was fantastic and really reminded me of minestrone with the tomatoes, zucchini, and oregano. It was a delicious dinner and we will most definitely make it often for our weekly soup nights! 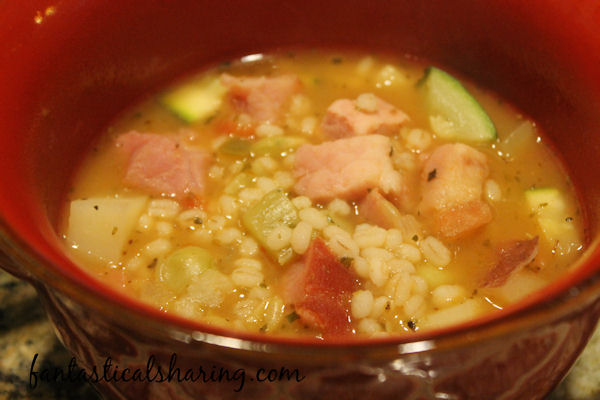 (Print)
What you need:
Directions: 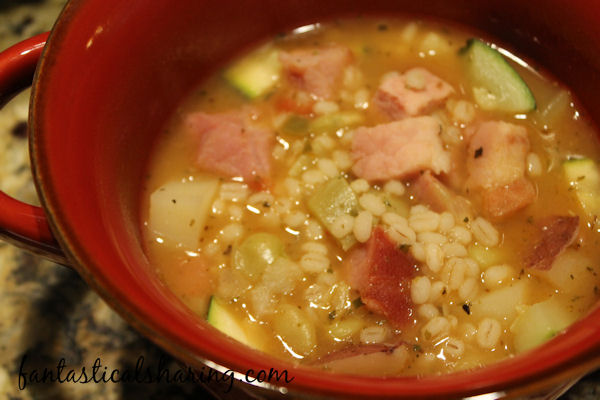 Recipe from A Day in the Life on the Farm