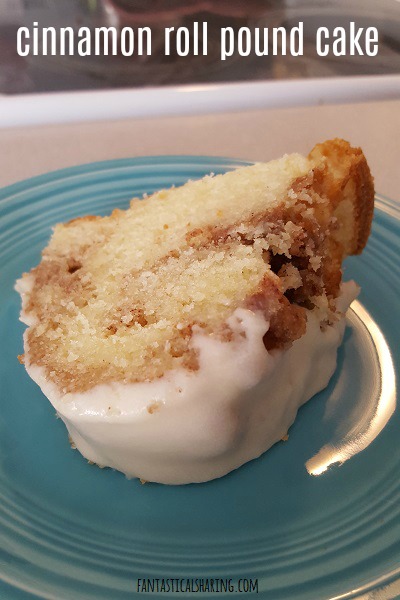 This pound cake is really just a bundt cake and it's one of the moistest, most delicious cakes out there. It's the best part of cinnamon rolls mixed with the best parts of a bundt cake together.I have made it twice now and my only complaint is a personal error where I don't grease my bundt pan enough and it sticks. However, it doesn't need to be pretty though because the frosting hides the imperfections and the cake's flavor speaks for itself. 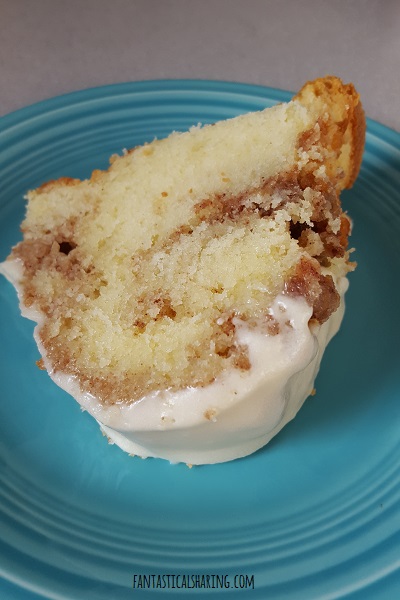 (Print)
What you need:
For the cake:
For the cinnamon swirl:
For the frosting:
Directions:
Recipe from Cookies & Cups

I adore this Slow Cooker Apple Cake that only takes 5 ingredients to make and is served with a scoop of vanilla ice cream. This Cinnamon Roll Layer Cake from Confessions of a Cookbook Queen is the absolute cutest!