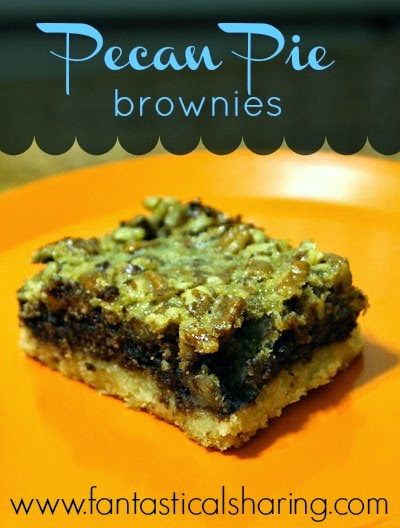 I am going to say something that may shock a lot of people...

I don't like pies much...like...I will pretty much only eat pumpkin pie and that's it.

Nick loves pie though and his favorite is definitely pecan pie. I've tried to compromise over the years because I do like pecans. I've made pecan pie cheesecake - which is something he brags about excessively to anyone who will listen and I ended up making for him when he got home from deployment.

Since I couldn't find any sugar pumpkins at Thanksgiving time, I decided to try a different variation of pecan pie. Nick wasn't home for Thanksgiving, so I pretty much had free reign to pick whatever I wanted. I decided upon these brownies from Dorothy of Crazy for Crust. 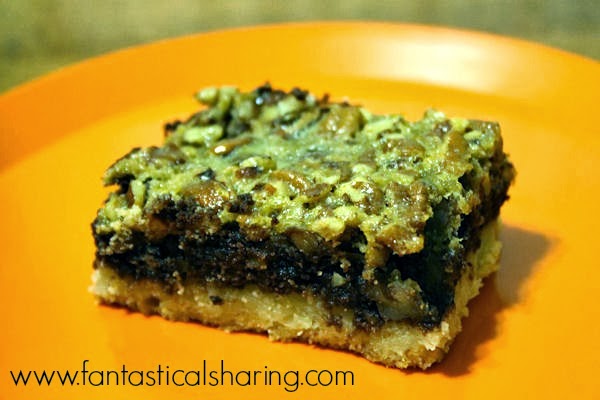 They have this layer of flaky buttery crust and then I used Ghirardelli brownies because they are literally the best kind there is. The pecan pie filling on top is so perfect. I just can't take the way these 3 layers work together, but they really do and it's one of the best desserts I've ever made for a holiday.


(Print)
What you need:
For the crust:
For the brownies:
For the topping:
Directions:

Recipe from Crazy For Crust