Classic bean soup with lots of veggies and bacon, of course! 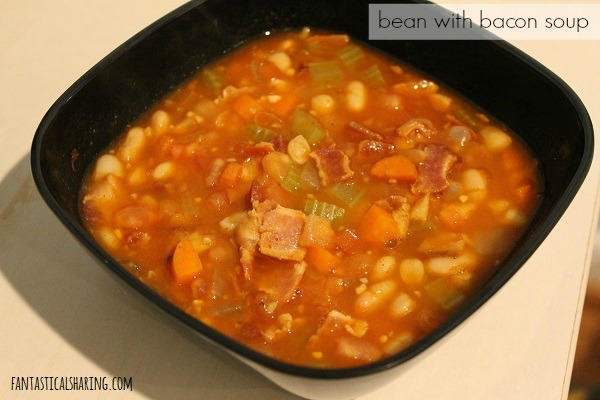 I have posted tons of bean soups on my blog over the years because they are honestly just one of my favorite types of soup. I do adore soup with pasta, but I don't think anything will top bean and bacon soup. I grew up eating bean and bacon soup frequently and love trying new recipes of my childhood favorite. This soup is more tomato-y than the recipes I've tried before and it was awesome to try something new. The original recipe called for soaking beans, but that is not my strong suit, so I just used canned beans. Because there are precooked beans, you don't have to cook the soup for a long time, but I did simmer mine for a while to help that bay leaf meld with the soup. It's even better the day after! 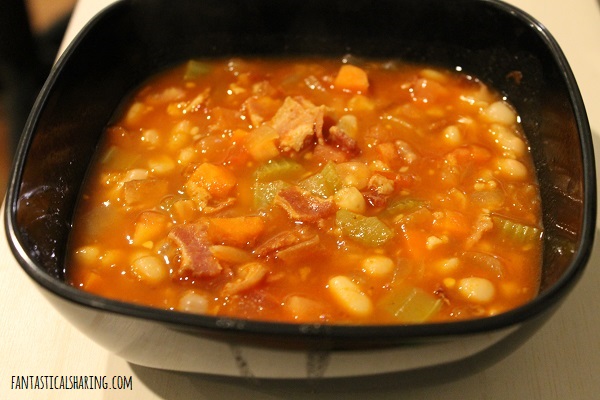 (Print)
What you need:
Directions:
Recipe slightly adapted from The Pioneer Woman

If you like a less tomato-y bean and bacon soup, try this Rosemary Bean & Bacon Soup. The fresh herbs are fantastic. I have really been wanting to try this White Bean and Collards Soup from Spicy Southern Kitchen because I can't think of a better thing to add to bean soup than collards!