The perfect New Year's Day stew to bring prosperity for the new year with some black eyed peas! 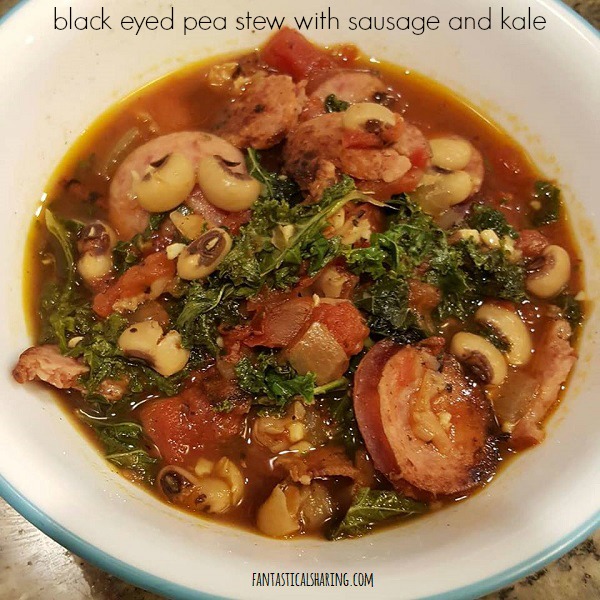 Each year on New Year's Day, we eat black eyed peas in some form. It's a Southern tradition that's meant to bring prosperity in the new year. Of course, we don't truly believe that, but it's a fun tradition to do and it's a good positive thought to start out the new year, so no harm in it, right?! For 2018, I made this stew. I knew I couldn't go wrong with kielbasa and kale and I was correct. The kids and Nick aren't huge fans of black eyed peas, but they liked them a lot in this. It was an all-around wonderful stew and I just had to share the recipe in time for our upcoming New Year's Day. This is also pretty exciting because I believe it is the first recipe on my blog with black eyed peas!

I apparently don't post many stew recipes, so here is one from 2014 that is The Best Beef Stew. For the most traditional way to eat black eyed peas for New Year's Day, check out this Hoppin' John recipe from Simply Recipes.