Welcome to another Food Fight! Fantastical Food Fight is a group of food bloggers who will get a theme or ingredient each month and make some sort of variation for it. It could be traditional or nontraditional and can be found in a cookbook, on a blog, or be a blogger's own creation! For more details, check out this page. 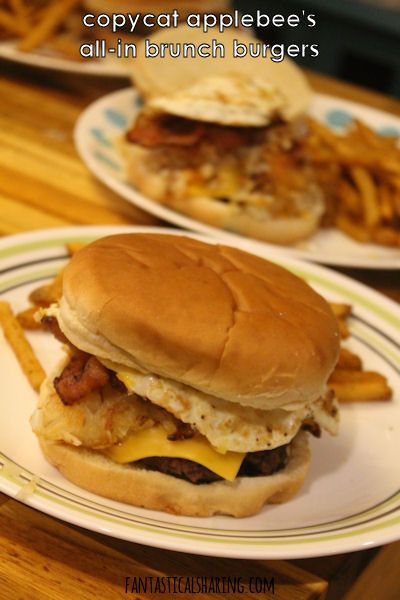 November's theme is FAST FOOD COPYCATS and I could not be more ready to see what my fellow food fighters have in store for today's theme. I personally consider a lot of restaurants fast food even though they may not be fast. So my copycat for today is a burger I've always wanted to get at Applebee's, but never do. I am a creature of habit and cannot NOT get my favorite: the quesadilla burger! I need to make a copycat for it soon, but I had to make this All-In Brunch Burger first. 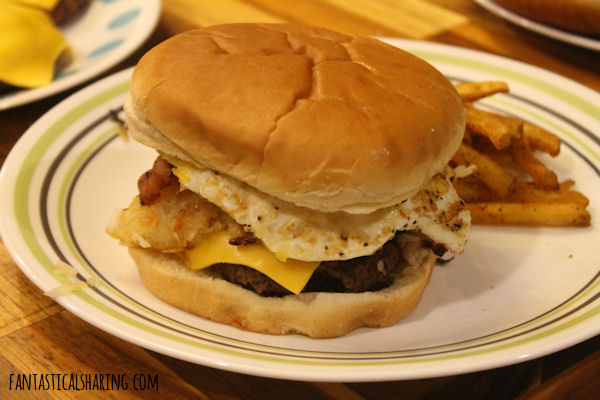 I believe the onion and bacon is cooked into the burger patty, but I don't like that. I find that just means my burgers aren't going to cook as well because they'll be sticking to the pan and then the onions won't be cooked uniformly. So I chose to cook the onions with the hashbrowns and the bacon by itself. I also am unsure if you get a choice in whether your egg yolk is hard or overeasy. No one in my household likes overeasy (except me on the rare occasion), so I just did our eggs cooked all the way through. These were an absolutely magnificent burger. Matthew and Cami both claimed that it had definitely hit top 5 for them and Nick also claimed it was one of the best burgers he had ever eaten. I thought it was pretty freaking fantastic too.

Congrats to Nichole of Cookaholic Wife for winning the PICKLED PEPPER Food Fight with her Mississippi Pot Roast. I can say without question that she deserves this win! My family has eaten this pot roast so many times that it is now referred to as "THE pot roast" :) 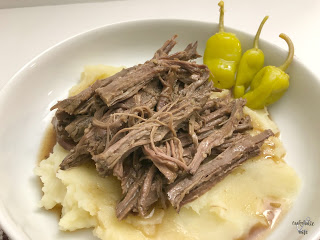